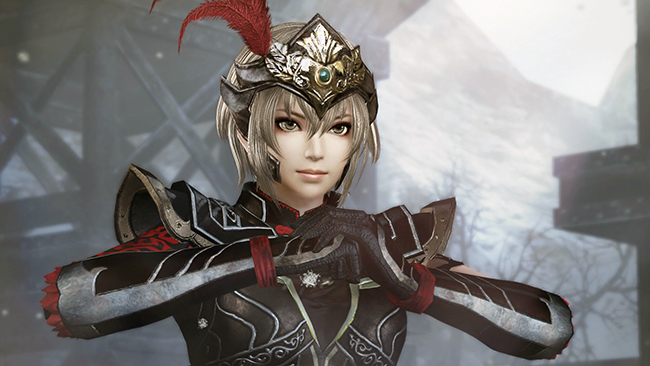 Dynasty Warriors was originally an offshoot of the Romance of the Three Kingdoms series of strategy games. The story of both is based on the real events of the Three Kingdoms era, which are described in the work of the same name by Lo Guanjun. The plot does not change from part to part, but with each new game there are more details, more details and nuances, as well as new characters, which were previously present in the game, only in the form of NPCs. By the eighth iteration of the characters is a huge number – over 80, which allowed to recreate the events described in the novel as accurately as possible and show those aspects of the conflict, which were previously shown only in passing or not mentioned at all.

At the beginning of the story mode you need to choose which side to play for. A total of five of them, including a line that appeared in Xtream Legends for the legendary “flying general” – Liu Bu. In addition to the storyline, before each battle the background map details the events that led to the conflict and offers a choice of one of several key characters.

The large-scale battles are exciting from the start. In the vast labyrinths of maps, two troops with the chief officers at the head stand at each side. The death of one of them determines the outcome of the fight, which forces you to think tactically, moving intelligently across the battlefield and completing the tasks at hand. Soldiers killed by the player can count in the hundreds, and the wrong tactical positioning can decide the outcome of the battle not in your favor. At the same time during the battle often appear secondary tasks that can affect not only the victory or defeat, but also on the storyline as a whole. With them, under certain conditions, you will be able to unlock alternative developments, which is actually quite difficult.

As noted earlier, the playable characters in Dynasty Warriors 8 XL are incredibly numerous. But there are even more types of weapons. Each character has compatibility with one weapon or another, and the additional bonus to attack power depends on this. For example, Dian Wei is good with axes, pikes and halberds (5 stars), but worse with swords and daggers (3 stars), and quite bad with magic items. If you use the latter, don’t expect an attack bonus. However, if you want to play with other weapons, but do not want to start pumping a new hero, you can stay with the old one, getting additional bonuses from perks.

Each weapon also has its own additional characteristics, like electrical or fire damage, which are transmitted in a chain or hit over an area. New, more powerful weapons can be found on the battlefield by defeating an enemy officer, or by creating Ambition mode. Character stats, such as health, strength, and so on, go up with the level, as well as thanks to the perk system. They can be obtained by killing enemies in a certain way, specified in the description of the desired perk. For example, defeating an enemy officer with a muso attack will give you a bonus to damage against enemy officers. The more officers you kill with this attack, the greater the bonus. The number of perks working simultaneously is limited, and they can only be selected before the battle.

Spectacular battles with groups of enemies flying in different directions has always been a trademark of the series. Swinging a halberd or sword is still fun, and the moves look spectacular. The combat system, while simple, still demands attention. As always, we have two types of strikes at our disposal: simple and enhanced. Each character has his own little list of tricks, which describes all the possible combinations. In addition to simple strikes, there are two types of muso attacks, which resemble the super and ultra combos in Street Fighter IV. The first is a sharp and powerful area attack, designed for frequent use against a crowd of enemies. The second is a long combo in the style of the mouso attacks of previous parts of the series. It accumulates longer and is designed for difficult situations with serious opponents. And for those who like to play in the company with a friend there is a combined mouso attack, which differs from the usual one only by the energy charge of two characters, which gives additional strength to this technique.

It is possible to play in pairs, not only sitting at one console, but also via the Internet. However, online play is broken, so the latter option won’t work.

With the move to PS4, the game has an improved lighting system and sharper textures along with 1080p, but overall graphically the project looks weak. The environment geometry and character detail remained at 2006 levels, and the animation hasn’t changed since the PlayStation 2. Abrupt jerks and inconsistencies in the movements of characters are common here. And enemies fly off like mannequins.

Can also scold the classic monotony of gameplay, inherent in this series. Destroy armies of stupid opponents over and over again with time gets bored. However, the game definitely provides its own portion of fanfare.

In addition to the story, Dynasty Warriors 8 Xtream Legends has a challenge mode. There, the character you choose is sent on tasks that come in all sorts of ways. For example, running across a narrow bridge and throwing enemies down. Enemies come in waves and from different sides, the number of knocked down foes then you can check the online table.

The most interesting mode is called Ambition. Here you have to collect all the characters and unite the entire territory of internecine warfare in China. You can choose any character to begin with, and then you can summon other characters to unite the land. In between battles, you’re encouraged to build up your base by building barracks, a blacksmith shop and even a bakery, all of which help in defeating the enemy forces. The whole mode is built on pumping and base management, as well as completing small tasks, such as one-on-one duels with other characters.

Separately we want to mention the music. It is impossible to describe the soundtrack by any particular genre. There are cheerful guitar riffs and lyrical piano melodies accompanied by orchestra and Chinese folk instruments. Particularly memorable is the tune playing in the encyclopedia.

If you’ve never played a Dynasty Warriors game before, Xtreme Legends is a good starting point for a newcomer. You won’t find any innovations or beautiful graphics that will take full advantage of the power of your newly purchased PS4, but the game is addictive, and that’s the most important thing.